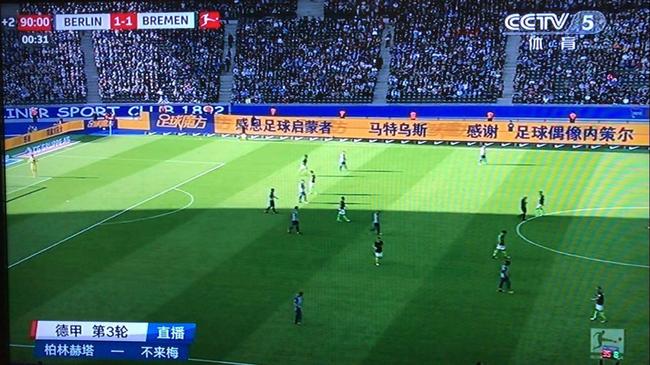 German football is becoming popular in China with public broadcaster CCTV showing at least one free-to-air game each week. These viewers can now see pitch-side advertisements for our 足球魔方 app on matchdays.

September 10th was Teacher's Day in China. We ran a competition on Chinese social media for fans to nominate their "football inspiration" - the player, coach, teacher or (in some cases) referee who was most responsible for them becoming a football fan.

The best 10 nomination stories were awarded a prize and the winners were announced on the display panels inside the Olympiastadion in Berlin where Hertha hosted Werder Bremen. So the 10 prize winners saw their name appear on Chinese TV in front of an audience of 4 million.

An extremely high level of engagement was achieved with more than 10,000 story submissions, 11 million page views, and "#footballinspiration" becoming a trending topic across Chinese social media.

Cubee Technology continues to cement our position as the “connector” of the Chinese sports data industry. Our足球魔方 brand is going from strength to strength and clearly leads the market in China. 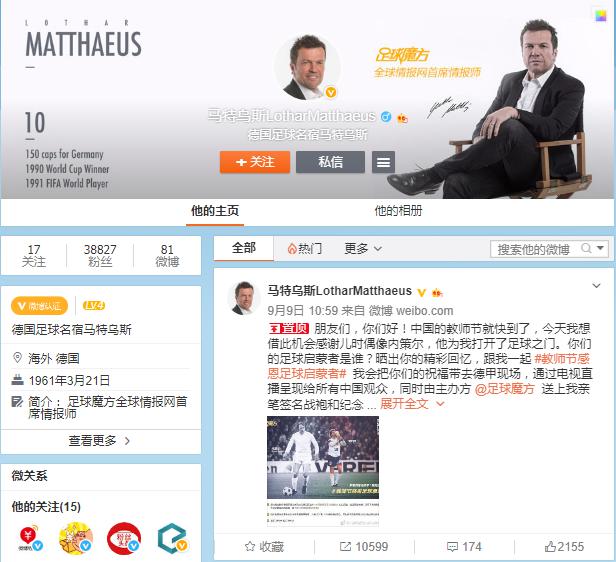